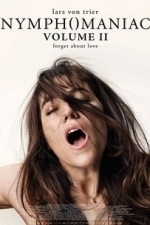 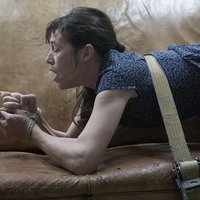 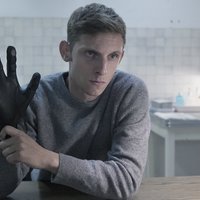 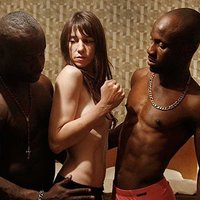 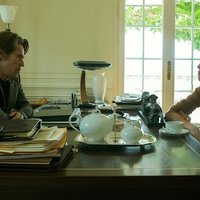 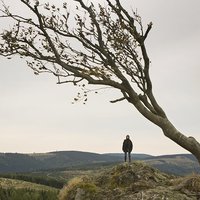 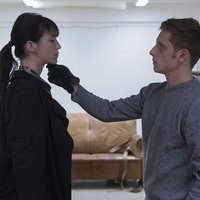 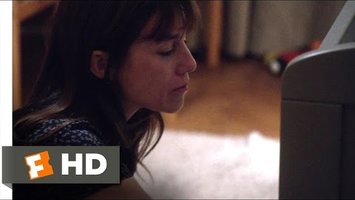 Not a Mother
Uploaded by Andy K
(0 Ratings) 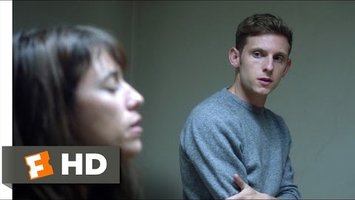 Joe becomes annoyed with Seligman, accusing him of overlooking the severity of her lost sexuality to focus on the allegorical before realizing he can't relate to her stories. He goes on to confirm his asexuality and virginity, but assures her his lack of bias and "innocence" makes him the best man to listen to her story. She becomes inspired to tell him another portion of her life after noticing a Rublev-styled icon of the Virgin Mary and a discussion about the differences between the Eastern Church ("the church of happiness") and the Western Church ("the church of suffering").

6. "The Eastern and the Western Church (The Silent Duck)"
Joe reminisces about a field trip as a young girl that suggests she had a vision of Valeria Messalina and the Whore of Babylon looking over her as she levitates and spontaneously has her first orgasm, which shocks Seligman as he explains her orgasm is a mockery of the Transfiguration of Jesus on the Mount. Returning to where she left off in "The Little Organ School", Joe falls into a crisis upon losing her ability to achieve sexual pleasure, though she does find a different sort of pleasure in her time with Jerôme. When the two conceive a baby together, Marcel, Jerôme struggles to keep up with her sexual needs and allows her to see other men. This is shown to be detrimental later, as he becomes jealous of her endeavors.

Several years later to no success, Joe's sexual endeavors become increasingly adventurous by engaging in a tryst with a pair of African brothers that turns into a botched threesome; the frustration to reclaim her orgasm culminates in visits to K (Jamie Bell), a sadist who violently assaults women seeking his company. The more she visits him, the more neglectful she becomes in her domestic duties. On Christmas, after stopping an unattended Marcel who has wandered out an opened door onto a snowy balcony from coming into any harm, Jerôme forces her to choose between the family and K. She picks the latter and, after receiving an especially brutal beating from K with a cat o' nine tails that allows her to climax again, takes a path of loneliness away from her one and only possibility of a normal life. Marcel is sent to live in a foster home because Jerôme has no room in his life for him.

Joe concludes the story, to keep it from ending on an unhappy note, with the first time K introduced her to "the Silent Duck", which leaves Seligman surprised and impressed at K's talents.

7. "The Mirror"
Looking at the mirror facing Seligman's bed, Joe jumps ahead in time. Several years later, Joe has regained pleasure, but her genitalia is left with some irreversible damage due to a lifetime of sexual activity mixed with K's brutality. Her habits are known around her new office, prompting the boss to demand she attend sex addiction therapy under the threat of losing her job and any future job she takes.

When asked why she refused to attend therapy, Joe talks about becoming pregnant after leaving Jerôme and Marcel. Joe demands her doctor abort the 11-week pregnancy, but he insists she speak to a counselor first. The visit to the psychologist (Caroline Goodall) ends disastrously due to Joe's attitude towards the situation. She decides to take matters into her own hands and perform the abortion herself. Using the knowledge she had retained from medical school, Joe aborts the fetus with the use of several household implements and a wire hanger. Back in the present, Joe and Seligman get into a very heated argument regarding Joe's actions, abortion rights in general and Seligman's potential hypocrisy in supporting them while wanting to know nothing about how the actual procedure is performed.

Joe reluctantly attends the meetings and, after ridding her apartment of almost everything in it, attempts sobriety. During one meeting three weeks later, she sees a reflection of her younger self in the mirror, harshly insults every member of the group, including the therapist, and proclaims pride in her sexuality before walking out.

Joe tells Seligman she isn't sure where to conclude her story as she's used every item from around his room to help inspire each "chapter". After a suggestion from him, she notices how the stain from a cup of tea she had earlier thrown in anger looks like a Walther PPK, the same kind of gun her favorite literary character James Bond uses, and knows exactly how and where to end her story.

8. "The Gun"
Realizing she has no place in society, Joe turns to organized crime and becomes a debt collector, utilizing her extensive knowledge of men, sex, and sadomasochism. She reminisces about a memorable housecall to a man (Jean-Marc Barr) who she initially finds sexually unreadable. She ties him to a chair, strips him and attempts to provoke him with every sexual scenario she can think of. Upon further interrogation, Joe gleans that he is a repressed pedophile. She takes pity on him and fellates him. Joe explains to Seligman how she feels deep compassion for people born with a forbidden sexuality. She strongly identifies with the man's loneliness and status as a sexual outcast, and applauds him for going through life without acting on his aberrant desires.

Joe's superior, L (Willem Dafoe), recommends that she groom an apprentice and suggests P (Mia Goth), the 15-year-old daughter of criminals. Joe is initially repulsed by the idea, but ends up sympathizing with the girl in question. P is a vulnerable, lonely, emotionally damaged young girl who quickly latches herself onto Joe. The two of them click and form a special connection. Joe opens her heart to P and eventually invites her to move into her home. Over time, Joe and P's relationship develops a sexual dimension, leading to romance. As P seems to mature, Joe hesitantly decides to teach her young female lover the ropes of her trade.

During one round of debt collection, Joe notices that they are at a house belonging to Jerôme (now played by Michaël Pas) and, to make sure she is not seen, tells P to perform her first solo job. This proves to be a mistake as Joe eventually discovers P is having an affair with Jerôme. After finding her "soul tree" in a failed attempt to leave town, Joe waits for Jerôme and P in the alley between his home and her apartment and pulls a gun she confiscated from P earlier on him. When she pulls the trigger, she forgets to rack the pistol. Jerôme viciously beats Joe and then has sex with P right in front of her, thrusting into P in exactly the same way he once took her virginity. P urinates on her before leaving her as she was at the beginning of the film.

In the present, Seligman suggests how the circumstances of Joe's life might have been due to differences in gender representation; all of the stigma, guilt and shame she felt for her actions made her fight back aggressively "like a man", ultimately "forgetting" to rack the gun because her human worth wouldn't allow her to kill someone, even Jerôme. Joe, who has until this moment been playing devil's advocate to Seligman's assumptions, finally feels at peace, having unburdened her story. She says she is too tired to go on and asks to go to sleep.

As Joe begins to drift off, Seligman silently returns. He climbs into the bed with his pants off and attempts to have intercourse with her. Joe wakes up and, realizing what Seligman is doing, reaches for and racks the gun. Seligman protests and attempts to justify his behavior, but Joe shoots him, grabs her things, and flees the apartment.

Images And Data Courtesy Of: Magnolia Pictures.
This content (including text, images, videos and other media) is published and used in accordance with Fair Use.