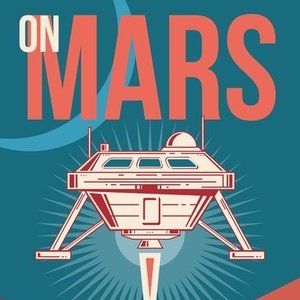 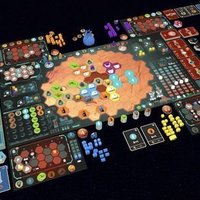 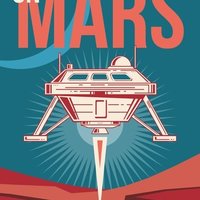 In 2025, the first settlers arrived on Mars! The first small colonies developed and now, 10 years later, a group of very powerful space exploration companies are establishing a major colony ruled by a terrestrial organization, the OMDE (Organization for Mars Development and Exploration).

As an astronaut from a private space exploration company, you want to be a pioneer in developing the biggest, most advanced colony on Mars, achieving the OMDE goals as well as your company’s hidden agenda.

By bringing in and managing settlers, you’ll be able to explore, mine, build, power, and upgrade buildings.

You will lead the construction and assembly of farm domes, water compounds, and power generators.

Trade or buy in markets both locally and on Earth.

And in the end, become a self-sufficient colony independent of any terrestrial organization.

Do you dare to take part in mankind’s next biggest conquest?

Grab a piece of it for yourself!

The game starts with a small colony and a few buildings already built: the O₂ factory, shelters, a generator, a farm, and a water compound.

The game is played in turns using different phases:
Players decide which OMDE goals will be part of the game, how the new settlers from earth will be distributed through the different colonies, and which community buildings and materials Earth needs to authorize and provide.
Players negotiate with each other over a limited set of actions they can take in their turn and the raw materials sent from Earth.
In turn order, players take their actions, but they need to plan carefully; builds consume power and a second building may not be placed before a generator is upgraded.
Last, all the Colony parameters are adjusted.
Actions may be: to build/upgrade buildings, rovers or ships; to produce; to trade; to explore; and to research.

Actions take the form of cards to upgrade buildings, tokens, tiles or adjust the placement of a cube.

All actions have an energy cost, so upgrading the generators and the existing power grid is very important. At the same time, most of the buildings need Ore to be built, plus energy, people, and O₂ to run. Settlers need food, water, and shelter to be able to survive.

Food, water, and O₂ needs to be stored. If you can’t store enough resources, the population will not grow.