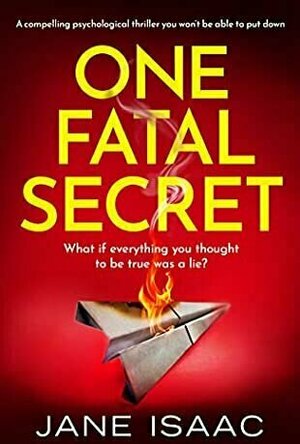 Sometimes your enemies are closer than you think…

Nicole Jameson has always been proud of her husband, Ethan. He’s built a successful career in finance, and his employers, the Harrisons, treat them like family. They’re a firm who look after their own, and even gave a loan to the company chauffeur, Conrad, to fund his pilot licence.

When the two men are returning from a business trip, the worst possible thing happens – their plane crashes into the sea. No survivors are expected to be found. Nicole is heartbroken, much like Conrad’s wife, Ania. She never warmed to Nicole, but now they share a bond of grief.

When evidence is found that Conrad took drugs shortly before the plane departed with him at the controls, the two women begin to wonder if all is not what it seems. But when they ask questions about events leading up to the crash, unsettling occurrences suggest it wasn’t a good idea. Sinister-looking men follow them, the Harrisons are increasingly cagey, and the women wonder if there is not more to this than a tragic accident.

But are the most dangerous people the ones they have already allowed to get too close…?

Main Image Courtesy: https://www.canelo.co/books/one-fatal-secret-jane-isaac.
Images And Data Courtesy Of: Canelo.
This content (including text, images, videos and other media) is published and used in accordance with Fair Use.