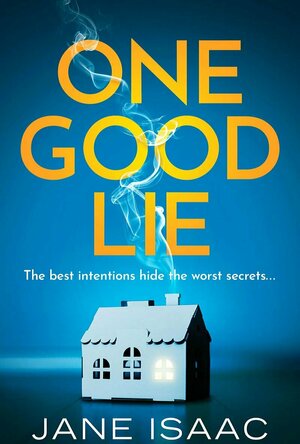 One little lie will be her downfall.

Ruby has always been the strong, older sister. Sophie has been the delicate one.

Ruby can’t help but worry for Sophie, who is wracked with guilt for introducing their mother to the man who would eventually murder her. And then the unthinkable happens. On the night of their mother’s wake, another woman is killed, a woman whose name they haven't heard in a long time.

Ruby doesn’t want to suspect Sophie’s boyfriend, Ewan, of foul play. But she knows that Ewan was in the area the woman was killed around the time of her death – a fact that he desperately wants to hide. Ruby can’t help but wonder what else Ewan is hiding. But the more she digs, the more she wonders just how much danger her sister might be in…

Main Image Courtesy: https://www.canelo.co/books/one-good-lie/.
Images And Data Courtesy Of: Canelo.
This content (including text, images, videos and other media) is published and used in accordance with Fair Use.