One Step Beyond by Madness 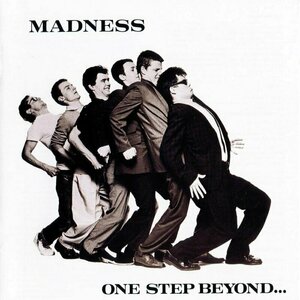 The iconic debut album from Madness coined the unmistakable 'heavy heavy monster sound' that catapulted them from poky rehearsal rooms and sweaty gigs to the hearts of the nation. In truth it delivered so much more: sophisticated pop, vaudevillian vamps, English eccentrics and desert moonstomps.

This special 35th Anniversary edition has been digitally remastered from the original ¼ inch tapes, and is presented with some recently unearthed rehearsal recordings from 1979 including two songs that have never appeared anywhere before. Also included are the band's much-loved promo videos from the album and their immortal BBC TV performances, plus a BBC documentary from 2000.

'One Step Beyond...' - still the rockingest rocksteady beat; the Nuttiest Sound Around!

Images And Data Courtesy Of: Salvo Sound & Vision.
This content (including text, images, videos and other media) is published and used in accordance with Fair Use.