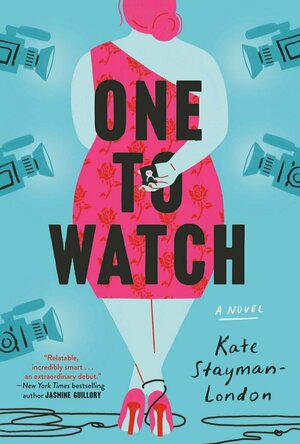 #OMBEA! Bea Schumacher is a devastatingly stylish plus-size fashion blogger with amazing friends, thousands of Insta followers - and a massively broken heart. Bea indulges in her weekly obsession: the hit reality show Main Squeeze. The fantasy dates! The kiss-off rejections! The surprising amount of guys named Ben! But Bea is sick and tired of the lack of body diversity on the show. Since whenis being a size zero a prerequisite for getting engaged on television?

Although Bea has sworn off men altogether, when Main Squeeze ask her to be its next star, she agrees on one condition: under no circumstances will she actually fall in love.

But when the cameras start rolling, Bea finds herself in a whirlwind of sumptuous couture, Twitter wars, sexy suitors, and an opportunity (or two, or five) to find messy, real-life love in the midst of a made-for-TV fairy tale. Bea has to decide whether it might just be worth trusting these men - and herself - for a chance at her own happily ever after.

WHAT READERS ARE SAYING ABOUT ONE TO WATCH

Images And Data Courtesy Of: Two Roads.
This content (including text, images, videos and other media) is published and used in accordance with Fair Use.