Origen: A True Story Of Evil 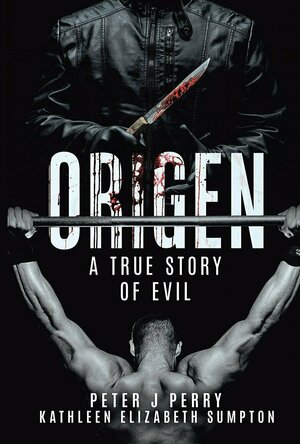 Have you ever come face to face with the devil? In a tapestry of sports, business, and dating, there is an evil presence that is not quite visible to anyone: The Bedroom Strangler. A serial killer that scales fifteen storey buildings, enters through the balcony, and stealthily slithers under the bedroom bed, with the sole intent of raping and murdering innocent women in their sleep. He has been classified as the worst serial killer in Ontario history and Canada's most dangerous criminal ever, operating at the height of London's 40 year serial killer period, from 1974 - 1978.

The Bedroom Strangler is a member of a gym. It is the same gym the protagonist managed during the 1970's. Members of the gym trained and worked out together, never knowing their friend's true nature. In fact, Mike even introduced the killer to a female member friend at a gym party, a woman who lived in the same building as the murderer; a woman who would become his last victim. As a result of unprecedented tactics by police, Mike ends up becoming part of the investigation—but will he be able to stop this evil predator? It took 40 years to write this story and it's important to remember that this story is being told by someone who was there.

Origen: A True Story of Evil truly began when Mike's real-life persona, Peter J. Perry, was just 17 years old. At the time, he was just a student of St. Mary's College in Sault St. Marie who would carry out heated discussions with a priest, Father Lawlor, about the existence of the devil. Father Lawlor tells him that one day he might meet someone so evil, he will surely know the devil exists, and maybe he will do some good by it. And we will. Part of the proceeds of this novel are being contributed to good causes to respect both the victims and Father Lawlor.

The novel's title reflects a belief about the dynamic forms of energy as Origen believed that demons can take human form and humans can also be demonized. What follows is inspired by true events. All the names of characters have been changed and many of the events happened, although not all.

This painting of the gym scene, the dating scene, the underground fighting martial arts scene, the psychiatric scene, and Origen's beliefs may cause you to rethink the devil. If you dare to read the contents of this book, you can come to your own conclusion: Is there more to evil than what we think?

Based on an original screenplay by Peter Perry and Geoff Hart.

Property of the Origen Foundation Inc.