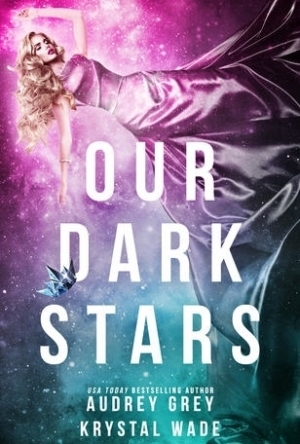 While she sleeps, the whole universe changes.

Princess Talia Starchaser has it all. Wealth. Status. Adoring citizens. But on the eve of her eighteenth birthday, she’s forced to publicly betray her best friend, a companion mock she’s had since birth, setting events into motion that lead to the destruction of the humans, and the princess floating through space, a remnant of a time when humans ruled over droids.

One hundred years later, half-mock captain Will Perrault and his ragtag crew discover a device floating in space. When a very human Talia emerges from its depths, Will suspects she’s the key to buying his way back into the regiment he once commanded against the last remaining rebel humans—and the ruling mock queen’s good graces.

Both Talia and Will would rather get space-tossed than trust one another, but with the queen’s forces chasing them across the galaxy and the fate of both worlds hanging in the balance, they’ll forge the unlikeliest of alliances to survive.

Images And Data Courtesy Of: Blaze Publishing.
This content (including text, images, videos and other media) is published and used in accordance with Fair Use.