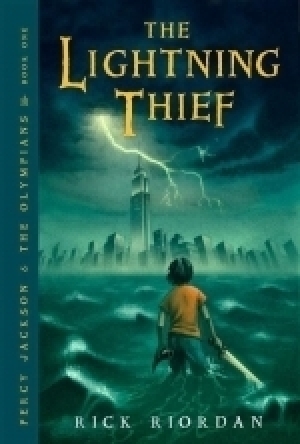 In the first book in the "Percy Jackson and the Olympians" series, twelve-year-old Percy Jackson discovers he is a demigod, the son of a mortal woman and the Greek god Poseidon. Alongside his friends Annabeth Chase and Grover Underwood, Percy sets out to prevent a war between Zeus, Poseidon, and Hades when Zeus' lightning bolt has been stolen.