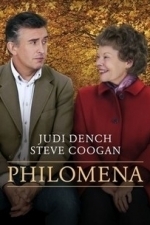 A world-weary political journalist picks up the story of a woman's search for her son, who was taken away from her decades ago after she became pregnant and was forced to live in a convent.

Images And Data Courtesy Of: The Weinstein Company.
This content (including text, images, videos and other media) is published and used in accordance with Fair Use.