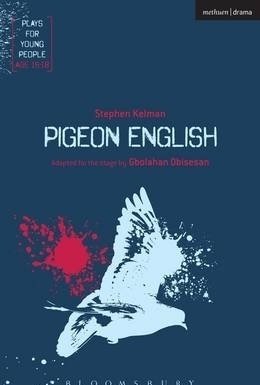 There was a ruckus at lunch time. It was the best one so far. Nobody knew why they were fighting ...You actually thought they were going to kill each other. You wanted them to stop. It wasn't funny anymore. Newly arrived from Ghana with his mother and older sister, Harrison Opoku lives on the ninth floor of a block of flats on a London housing estate. The (second) best runner in the whole of Year 7, Harri races through his new life in his personalised trainers - the Adidas stripes drawn on in marker pen - unaware of the danger growing around him. But when a boy is knifed to death on the high street and the police appeal for witnesses draws only silence, Harri decides to start a murder investigation of his own. In doing so, he unwittingly breaks the fragile web his mother has spun around her family to keep them safe, and Harri will come face to face with the very real dangers surrounding him. A powerful, unforgettable tale, importantly relevant for young adult readers of today. Stephen Kelman's 2011 Man-Booker-prize-shortlisted novel has been adapted for the stage by Fringe-First-winner Gbolahan Obisesan (Mad About the Boy).

The stage adaptation received its world premiere at Bristol Old Vic in a Bristol Old Vic Young Company and the National Youth Theatre co-commission on 7 August 2013, before transferring to the Edinburgh Festival Fringe.