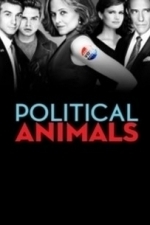 This drama series, which stars Golden Globe winner Sigourney Weaver in her first regular role in a TV series, explores the complex world of politics through a former first family that has experienced its highs and lows and is fighting political adversaries while struggling with the family members' own personal demons. Weaver stars as Elaine Barrish, who is appointed Secretary of State by President Paul Garcetti after losing to him in the presidential primary. While dealing with the usual crises of the State Department, Barrish also must try to keep her family together including emotionally unstable son TJ played by Sebastian Stan and fend off a hungry journalist who wants to destroy her political career.

Images And Data Courtesy Of: USA.
This content (including text, images, videos and other media) is published and used in accordance with Fair Use.