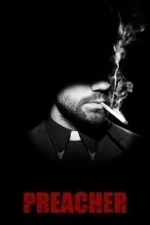 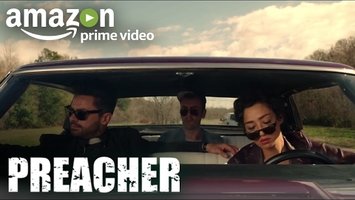 Fulfilling a promise to his deceased father, one-time outlaw Jesse Custer returns home to West Texas to take over his dad's church. Jesse's mission, however, becomes twisted when his body is overcome by a cryptic force that unleashes within him a highly unconventional power. Together with hell-raising ex-girlfriend Tulip and Irish vagabond Cassidy, the preacher-in-training embarks on a journey to find God in a world inhabited by holy, hellish, and everything-in-between characters. The darkly comedic "Preacher" is based on Garth Ennis and Steve Dillon's popular 1990s comic book franchise of the same name. Executive producers include Sam Catlin ("Breaking Bad"), and Seth Rogen and Evan Goldberg ("Superbad," "Neighbors").