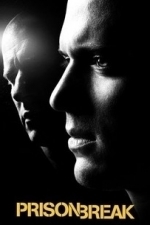 Season 3 follows both brothers: Michael imprisoned inside Sona and Lincoln on the outside in Panama. Sona is a prison that has been run by the inmates and guarded only from the outside since a riot the year before. Burrows is quickly contacted by a Company operative who was in charge of operations in Panama. He is told that The Company wants Scofield to break James Whistler (Chris Vance) out of Sona. The season follows Michael and Whistler's trials in formulating an escape plan, as Michael has to deal with extreme tension and as Lincoln deals with the Company's operative Gretchen Morgan (Jodi Lyn O'Keefe), who kidnapped his son LJ (Marshall Allman) and Sara Tancredi (Sarah Wayne Callies), the woman Michael loves. Sucre gets a job at the prison to aid Michael in his escape plan. Lincoln attempts to rescue Sara and LJ. As the season ends, the pair manages to escape along with Mahone, and another inmate McGrady leaving behind several accomplices including T-Bag and Bellick. Sucre's identity is discovered by a prison guard and he is thrown into Sona just after the escape. LJ and Sofia (who was captured for a guarantee that Whistler would go with her) are traded for Whistler, and Michael seeks revenge against Gretchen for Sara.

Linked to Prison Break
Added By