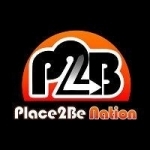 This is the feed for a number podcasts affiliated with the Pro Wrestling Only forum and the Place to Be Nation, which include:

- Where the Big Boys Play, hosted by Chad and Parv, which looks at NWA/WCW supercards from 1983 onwards.

- Titans of Wrestling, hosted by Parv, Pete, Johnny and Kelly, which looks at pre-Hogan era WWF from 1975 to 1983, as well as various territories from that era.

- Wrestling Culture, hosted by Dylan Hales and Dave Musgrave, features musings on the sublime nature of professional wrestling. From poignant interviews to wrestler career reviews to current day thoughts on promotions from around the world, Wrestling Culture is a National Public Radio-esque deep-dive on pro wrestling.

- Letters from Kayfabe, join Allan and Parv as they explore the deepest recesses of the WWF universe.

- Tag Teams Back Again, hosted by Kelly and Marty Sleaze, focusing on the tagteams of yesteryear.

- Good Will Wrestling, hosted by Will, which digs deep into all sorts of topics including both the current product, as well as the old-school.

- This Week in Wrestling, hosted by Pete with Johnny Sorrow and Timothy, a very thorough look at everything going on currently in the world of pro wrestling.

- Other shows include the All Japan Excite Series, Steven Graham's Pro Wrestling Supershow, the Super Extreme Vault (for ECW and hardcore), Wrestling with the Past, and Brainbuster: the pro wrestling gameshow.

Images And Data Courtesy Of: Pro Wrestling Only.
This content (including text, images, videos and other media) is published and used in accordance with Fair Use.