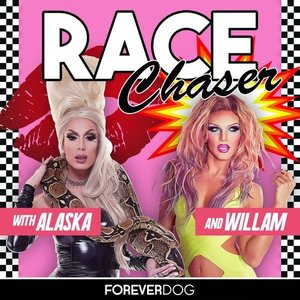 A podcast devoted to the discussion and dissection of every episode of RuPaul's Drag Race starting from the very beginning. Hosted by two of the most iconic queens to compete on the show; Alaska and William, Race Chaser is an insider's look at the worldwide phenomenon that is RuPaul's Drag Race.