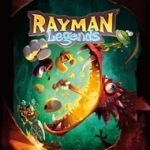 Rayman Legends is a platform game developed by Ubisoft Montpellier and published by Ubisoft. It is the fifth main title in the Rayman series and the direct sequel to 2011's Rayman Origins. It was revealed in a leaked trailer that appeared on the internet on April 27, 2012.