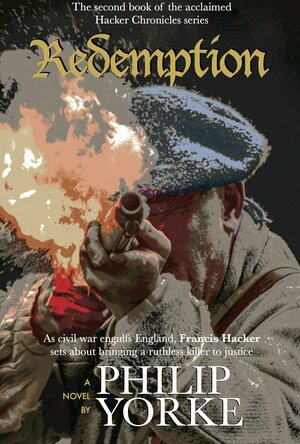 Saturday, the second day of July, in the year of our Lord, 1644, will be a day long remembered by the men and women committed to ending the reign of a tyrannical King. For on this day, the forces of Charles the First were crushed on the bloody fields of Marston Moor.

The calamitous defeat forces the increasingly desperate Royalists to intensify their attempts to bring about the immediate demise of their Parliamentarian enemies. This includes devising an audacious plan to assassinate the man they believe is key to the war’s outcome.

With the plotters ready to strike, Francis Hacker, one of Parliament’s most loyal soldiers, becomes aware of the conspiracy. With little time to act, he does everything in his power to frustrate their plans. But, alas, things start to unravel when brave Hacker finds himself pitted against a ruthless and cunning mercenary, a man who will resort to anything to achieve a ‘kill’.

Main Image Courtesy: Amazon.
Images And Data Courtesy Of: Mashiach Publishing.
This content (including text, images, videos and other media) is published and used in accordance with Fair Use.