Return of the Runaway Bride 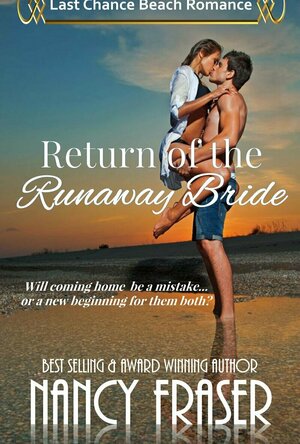 Five years earlier, Emily Bennett ran out on Chase Michaels on the eve of their wedding. At twenty-two, she wanted more than the island of Last Chance Beach could offer. Intent on making a name for herself as a world-class journalist, she left to take a job with a big city newspaper.

Chase Michaels left Last Chance Beach not long after having his heart broken and joined the Coast Guard in an effort to rebuild his life. Returning four years later for a family emergency, he decided to stay and go into business with his best friend.

Emily’s returning as well. Not as the journalist she’d hoped to be but as a bestselling romance author. One of her books is about to be made into a movie, and filming will take place on Last Chance Beach and in the mainland town of Summerville.

Will Emily’s return give them a second chance at the love they once shared? Or, will her ‘other’ reason for leaving put a wedge between three best friends that can’t be healed by time or intention?

Main Image Courtesy: Amazon.
Images And Data Courtesy Of: Books From a Romantic's Heart Publishing.
This content (including text, images, videos and other media) is published and used in accordance with Fair Use.