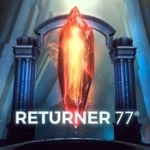 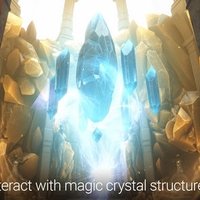 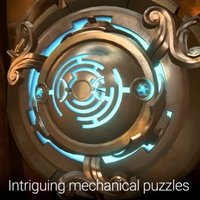 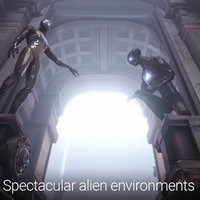 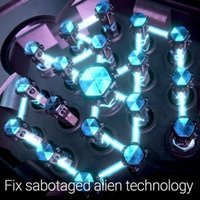 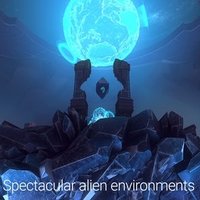 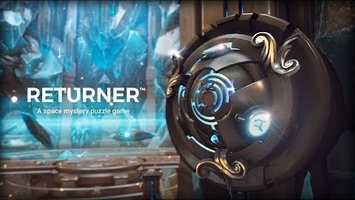 Returner 77 is a cinematic sci-fi mystery puzzle game.
You are in a giant alien spaceship hovering above Earth after everything went wrong.
You’re mankind’s last hope. Can you save us?

IMPORTANT: Returner 77 is designed for iPhone 5s and iPad Air 2 or later.
___

You are the last of 77 chosen survivors. You left Earth in the last days of the Crystal War. Your task was clear: return when the Earth is livable again and rebuild mankind. But why is your space pod docked to the alien spaceship? And what happened on Earth?

As you explore the alien spaceship, deserted and unfamiliar, you find video messages left behind by Colonel Ling - your only link to the human race which will die without you.
But who is she? What happened to her? And can you find her?

It is a thought-through, mystery-packed, page turning and emotional adventure.

Every level is filled with clever and intriguing puzzles driving you further on into the epic story. The puzzles are about figuring out alien technology, finding hidden objects and connecting streams of crystal light and energy. It is challenging, but we know you can do it, and if not, the Artificial Intelligence hint system can help you. So you will never get stuck.

Returner 77 takes you through an amazing alien crystal universe, with a level of detail never seen on mobile before.

The out-of-this-world dynamic soundtrack and sound effects emphasizes your game progression to create an immersive and emotional experience you won’t forget.

For best experience use headphones, you won’t regret it!

“I am very impressed by the puzzles and the game is absolutely beautiful! I will definitely play it when is out.”

"This game is bang on! The puzzles are awesome, the sound is beautiful scary and the graphics are just fab.”