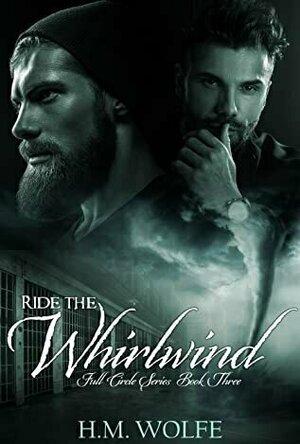 What happens when a vile man gets his just reward, and The Base's boss is accused of dealing it out?

After a violent dispute with Ardan, his biological father, Godfrey MacNamara, is found dead. Ardan is arrested for murder and taken to a secret prison, where he is tortured and left for dead. With the help of Brodie Stevens, his mysterious cellmate, Ardan escapes, badly injured, and is saved in extremis by a Scottish businessman.

Graeme McGowan, the leader of San Francisco's biggest Scottish gang, is torn between the love for his son Camlann and the duty to preserve the organization his father and grandfather built. When everything seems to fall apart around him, Graeme gets unexpected help from Ardan MacNamara, one of the two men whose lives he saved.

At The Base, Fabian, Everly, Alasdair, and the others make efforts to adjust to the reality of the leader's absence. A letter from Ardan rekindles their hope, but is this the end of the problems? Will Ardan come back, riding the whirlwind his invisible enemy created, or will he end up sucked into it?