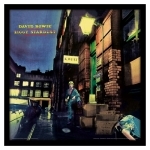 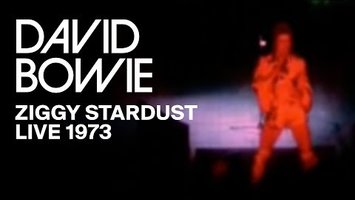 The Rise and Fall of Ziggy Stardust and the Spiders from Mars (often shortened to Ziggy Stardust) is the fifth studio album by English musician David Bowie, released on 16 June 1972 in the United Kingdom. Ken Scott and Bowie produced the album. It features contributions from the Spiders from Mars, Bowie's backup band, which consisted of Mick Ronson, Trevor Bolder and Mick Woodmansey. The album was recorded in Trident Studios, London, where his previous album had been recorded. The initial sessions in November 1971 produced a large part of the album. Further sessions took place in January and early February 1972.

Main Image Courtesy: https://www.truffleshuffle.co.uk/product/20250/david-bowie-ziggy-stardust-12-album-cover-print.
Images And Data Courtesy Of: RCA.
This content (including text, images, videos and other media) is published and used in accordance with Fair Use.