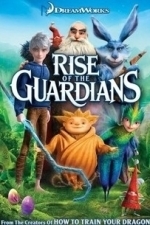 Generation after generation, immortal Guardians like Santa Claus (Alec Baldwin), the Easter Bunny (Hugh Jackman) and the Tooth Fairy (Isla Fisher) protect the world's children from darkness and despair. However, an evil boogeyman named Pitch Black (Jude Law) schemes to overthrow the Guardians by obliterating children's belief in them. It falls to a winter sprite named Jack Frost (Chris Pine) to thwart Pitch's plans and save the Guardians from destruction.

Images And Data Courtesy Of: Paramount Studios.
This content (including text, images, videos and other media) is published and used in accordance with Fair Use.