Robin Hood: Hero of the People 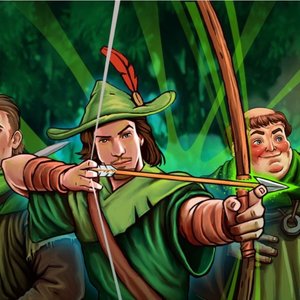 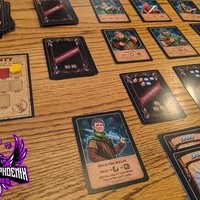 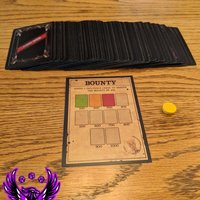 Play as Robin Hood and his merry men in this solo card game. As Robin Hood you’ll rob from the rich, give to the poor battle the Sheriff of Nottingham, his goons and recruit your merry men. Increase your influence over the people to gain power and win the game, but be careful, the Sheriff has put a bounty on your head. If it gets too high the people will turn you in for the reward.

Robin Hood: Hero of the People is a solo card adventure. The object of the game is to recruit your band of Merry men consisting of Maid Marian, Little John, Will Scarlett, Friar Tuck, Alan a Dale and Much the Miller. There is also a bounty on your head. During the game the bounty will increase so be careful that it doesn't get too high.

Each turn has 3 phases, Rob the Rich, Action and story Phases. During the rob the rich phase draw 3 cards from the loot deck. These include resources that you will use to complete actions.

During the story phase, draw and resolve a story card. Story cards add extra challenges to players, some you can overcome, some you can't.

Once you have other characters recruited you can swap to take advantage of special character abilities.

Once you have all the characters available and the bounty set at 500 gold or lower, you have won the game. If at anytime the bounty tracker reaches 1000 gold or you play the final story card, you lose.

Background Image Courtesy: @purplephoenix.
Images And Data Courtesy Of: The Game Crafter.
This content (including text, images, videos and other media) is published and used in accordance with Fair Use.