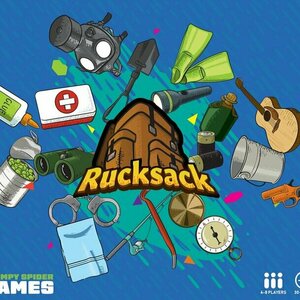 Rucksack is a lighthearted card game that throws each player into the most extreme scenarios you can think of. But don’t worry, you get to collect 5 (maybe not so useful) items to help you survive. It’s up to you to figure out how to use them and convince the other players that you would make it out alive!

Each round, a scenario card is drawn describing an intense survival situation that all players must survive. Players draw item cards and choose whether to keep them or discard them for the chance at better items.

Once everyone has 5 cards, players take turns describing how they would use those items to survive the scenario. Your story can be as crazy, funny, or realistic as you like. All players then vote to see whose story wins the round. The player with the most votes after 3 rounds wins the game!