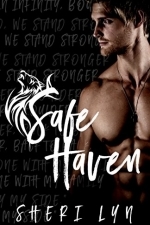 Nothing in Phoenix’s life ever went right. He never knew where his next meal would come from or if he would be safe going home at night. Desperate to escape, he trusts the wrong person. A different kind of evil wrapped in hope led him into the claws of a prison he might not survive.

Gryphon took a chance on a new life and ended up a captive. To his shock, he wasn’t alone. Twenty boys experimented on physically and mentally, few would ever see the light of day again.

A family forged in the fires of hell. Escape came, but at the price of losing more of themselves than they realized. They must depend on each other and new friends. No-one is expecting to find love, but love may find them anyway.

Their mission is clear: Find the people who did this to them and destroy them.

But some missions aren't always so cut and dry...