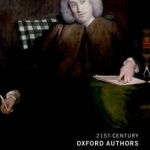 The Samuel Johnson volume in the 21st-Century Oxford Authors series offers a generous selection of Johnson's most important writings, drawn from all periods of his life. It reflects almost completely the range of literary forms in which Johnson wrote. In keeping with the the approach of the series, the texts are presented in chronological order and the text chosen is, wherever possible, the text of the first published version. As well as an expansive introduction and a detailed chronology of Johnson's life, David Womersley provides helpful annotation to guide and orient the reader.