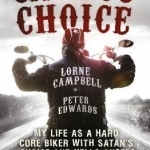 Lorne Campbell was an officer and enforcer for the outlaw biker club Satan's Choice for over thirty years, before patching over to the Hells Angels. The product of a violent childhood, with a hair-trigger temper and fearless nature, he just wanted a place to belong. He found brotherhood with his fellow one per centers, and a code he has lived his life by. In his time he's seen club life slip further into the criminal underworld and be transformed by cocaine dealing. He killed a rival biker to save his brothers and has been imprisoned for assault and drug trafficking. He's faced off police out to get him, taken revenge on men who betrayed him, and gone to extreme lengths to protect his honour and his club. Written with dark humour and raw honesty, and filled with unforgettable characters living life on their own terms, Satan's Choice is a unique insight into an outlaw world seen through the eyes of one proud and unrepentant biker.