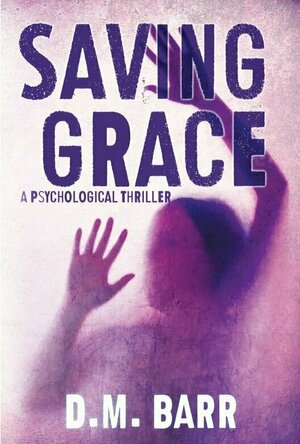 Grace Pierrepoint Rendell, the only child of an ailing billionaire, has been treated for paranoia since childhood. When she secretly quits her meds, she begins to suspect that once her father passes, her husband will murder her for her inheritance. Realizing that no one will believe the ravings of a supposed psychotic, she devises a creative way to save herself – she will write herself out of danger, authoring a novel with the heroine in exactly the same circumstances, thus subtly exposing her husband's scheme to the world. She hires acclaimed author Lynn Andrews to help edit her literary insurance policy, but when Lynn is murdered, Grace is discovered standing over the bloody remains. The clock is ticking: can she write and publish her manuscript before she is strapped into a straitjacket, accused of homicide, or lowered six feet under?

With a cast of secondary characters whose challenges mirror Grace's own, Saving Grace is, at it's core, an allegory for the struggle of the marginalized to be heard and live life on their own terms.

"A psychological thriller with more than enough twists, turns, and misdirection to keep even the most jaded reader turning pages all night long." –Lori Robbins, author of the Silver Falchion Award-winning novel, Lesson Plan for Murder

Main Image Courtesy: Amazon.
Images And Data Courtesy Of: Black Rose Writing.
This content (including text, images, videos and other media) is published and used in accordance with Fair Use.