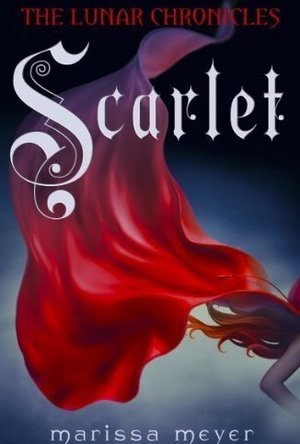 This is not the fairytale you remember. But it's one you won't forget.

SCARLET BENOIT'S grandmother is missing. The police have closed her case. The only person Scarlet can turn to is Wolf, a street fighter she does not trust, but they are drawn to each other.

Meanwhile, in New Beijing, Cinder will become the Commonwealth's most wanted fugitive - when she breaks out of prison to stay one step ahead of vicious Queen Levana.

As Scarlet and Wolf expose one mystery, they encounter Cinder and a new one unravels. Together they must challenge the evil queen, who will stop at nothing to make Prince Kai her husband, her king, her prisoner . . .

Main Image Courtesy: Square Fish.
Images And Data Courtesy Of: Feiwel & Friends.
This content (including text, images, videos and other media) is published and used in accordance with Fair Use.