Sealed Off (A Maine Clambake Mystery, #8) 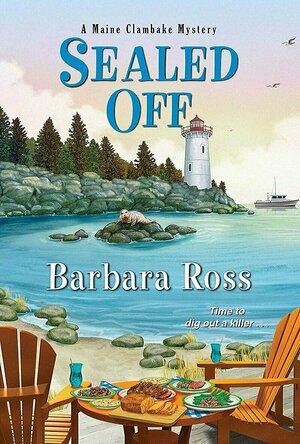 Early October is “winding down” time in Busman’s Harbor, Maine, but there’s nothing relaxing about it for Julia Snowden. Between busloads of weekend leaf peepers at the Snowden Family Clambake and a gut renovation of the old mansion on Morrow Island, she’s keeping it all together with a potentially volatile skeleton crew—until one of them turns up dead under the firewood.

When the Russian demo team clearing out the mansion discovers a room that’s been sealed off for decades, Julia’s baffled as to its purpose and what secrets it might have held. Tensions are already simmering with the crew, but when one of the workers is found murdered, things come to a boil. With the discovery of another body—and a mysterious diary with Cyrillic text in the hidden room—the pressure’s on Julia to dig up a real killer fast. But she’ll have to sort through a pile of suspects, including ex-spouses, a spurned lover, and a recently released prisoner, to fish out one clammed-up killer.