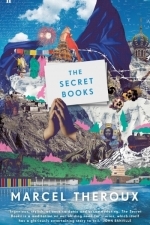 A world on the brink of catastrophe.

Seeking adventure, a young man flees the drudgery of shopkeeping in Tsarist Russia to make a new life among the bohemians and revolutionaries of 19th century Paris.

Travelling undercover in the mountains of British India, he discovers a manuscript that transforms the world's understanding of the historical Jesus.

Decades later, in a Europe threatened by unimaginable tragedy, he makes a despairing attempt to right a historic injustice.

This breathtaking novel by the award-winning author of Far North and Strange Bodies tells the extraordinary tale of Nicolas Notovitch and his secret gospel.

It is the epic story of a young man on the make in a turbulent world of spies and double-cross, propaganda and revolutionary violence, lost love and nascent anti-semitism —a world which eerily foreshadows our own era of post-truth politics.

Based on real events, The Secret Books is at once a page-turning adventure and an examination of the stories that humans are willing to kill and die for.

Main Image Courtesy: https://www.faber.co.uk/catalog/product/view/id/6302/s/9780571281947-the-secret-books/.
Background Image Courtesy: https://www.faber.co.uk/catalog/product/view/id/6302/s/9780571281947-the-secret-books/.
Images And Data Courtesy Of: Faber and Faber .
This content (including text, images, videos and other media) is published and used in accordance with Fair Use.