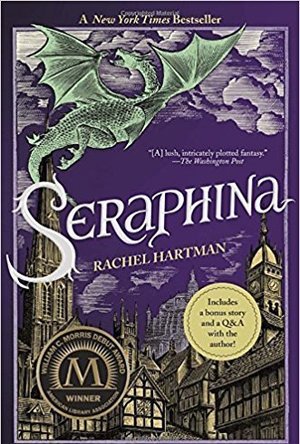 In the kingdom of Goredd, dragons and humans live and work side by side – while below the surface, tensions and hostility simmer.

The newest member of the royal court, a uniquely gifted musician named Seraphina, holds a deep secret of her own. One that she guards with all of her being.

When a member of the royal family is brutally murdered, Seraphina is drawn into the investigation alongside the dangerously perceptive—and dashing—Prince Lucien. But as the two uncover a sinister plot to destroy the wavering peace of the kingdom, Seraphina’s struggle to protect her secret becomes increasingly difficult… while its discovery could mean her very life.

Images And Data Courtesy Of: Random House.
This content (including text, images, videos and other media) is published and used in accordance with Fair Use.