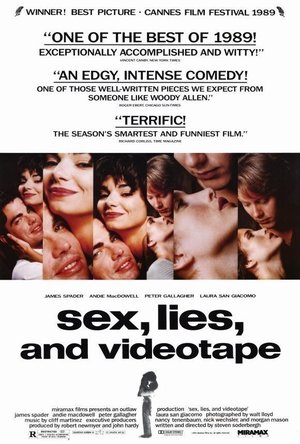 Graham, a man who enjoys videotaping women discussing their lives and sexuality, meets a married couple named Ann and John, the latter of whom is having an affair with Ann's sister.