Shadows and Reflections by Marc Almond 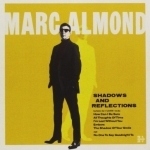 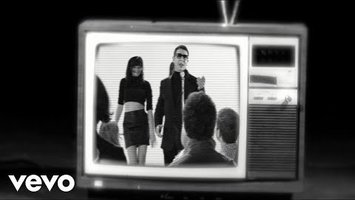 ‘Shadows And Reflections’ features sumptuous arrangements of iconic torch songs and 60’s orchestral pop for which he is beloved, as well as two new original compositions. The album features songs written or recorded by artists such as Burt Bacharach, The Action, The Yardbirds, Bobby Darin, Julie Driscoll, Billy Fury and the Young Rascals.

‘The Overture’, ‘Interval’ and final pivotal track ‘No One To Say Goodnight To’ set and frame the album’s mood - composed and orchestrated by long-time collaborator John Harle. “It’s a sea of lush strings, lilting guitar, choral harmonies and full, panoramic sound. I wanted it to have the feel of a very late 1960s Italian cinema soundtrack” says Marc. ‘Everything stems from and returns back to that final track.” The album thematically begins and ends in an apartment. “It’s about this guy that’s living in a luxury expansive glass apartment overlooking the city, filled with sculptures and beautiful things, an empty soulless shell, surrounded by absurd wealth. He is sitting alone and I imagine listening to this music, possibly the songs that make up this album. He’s rich in the bank but the poorest person you know”. The album thematically begins and ends in an apartment.

The album ‘Shadows And Reflections’ sees Marc delve into the mood music of “orchestral and baroque pop songs with orchestrated arrangements and productions typical of the songs of that time”. The album includes covers of the Young Rascals (also made famous by David Cassidy) ‘How Can I Be Sure’, the gothic pop of The Herd ‘From The Underworld (“Peter Frampton is such a brilliant early songwriter and I thought The Herd had such an intense inventiveness), The Yardbirds ‘Still Im Sad’ (“I’ve come from listening to a lot of blues based rock from the 60’s”) and Julie Driscoll’s ‘I Know You Love Me Not’ (“It is an incredible song that I have wanted to do for many years but only now found the context”). The title track ‘Shadows And Reflections’ is based on mod legends The Action’s version, whilst also featured is Burt Bacharach’s ‘Blue On Blue’ (“I sang this song with Burt at the London Palladium”), Bobby Darin’s ‘Not For Me’ and the Johnny Mandel standard ‘The Shadow Of Your Smile’.

“I particularly like the strangeness of many of those 60’s records” says Marc, “the oddness about them, sometimes unsettling, out of the mould, that light psychedelia approach from the early Floyd records, Sgt Pepper and Soft Machine.”

Marc Almond’s deep affection for brilliantly arranged 1960s pop has been prevalent throughout his career and has served him well. His versions of ‘Jacky’, ‘The Days Of Pearly Spencer’, ‘Tainted Love’, ‘Something’s Gotten Hold Of My Heart’, and ‘What!’ have become much treasured recordings from an artist who can take an old song and bring it new life with impeccable style. A look at Marc’s popular 60s Spotify playlists gives insight into the sounds and singers that he continues to be inspired by.