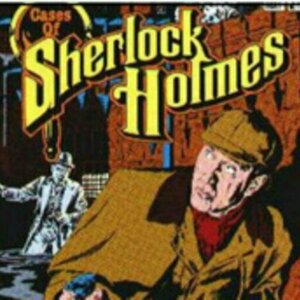 Sherlock Holmes Adventures was fictional detective of the late 19th and early 20th centuries, who first appeared in publication in 1887. He was devised by British author and doctor Sir Arthur Conan Doyle. A brilliant London-based detective, Holmes is famous for his prowess at using logic and astute observation to solve cases. He is perhaps the most famous fictional detective, and indeed one of the best known and most universally recognizable literary characters. Now available from the very fist episode throughout the life of this great radio show only here, were the oldies are still young!

Images And Data Courtesy Of: Humphrey Camardella Productions.
This content (including text, images, videos and other media) is published and used in accordance with Fair Use.