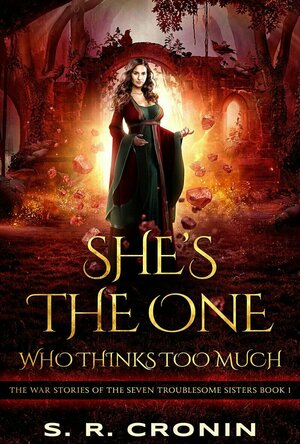 It’s the 1200’s, and the small realm of Ilari has had peace and prosperity for generations. That doesn’t mean everyone is happy, however.

Ryalgar, a spinster farm girl and the oldest of seven, has always preferred her studies to flirtation, yet even she finally meets her prince. Or so she thinks, until she discovers he’s already betrothed. Embarrassed, she flees her family’s farm to join the Velka, the mysterious women of the forest known for their magical powers and for living apart from men.

As a Velka, she develops her telekinesis and learns she has a talent for analyzing information. Both are going to come in handy. For she’s continued to meet her prince at the forest’s edge, thinking being his mistress isn’t such a bad deal. Then she learns more about his princely assignment. He’s tasked with training the army of Ilari to repel the feared Mongol horseman who’ve been moving eastward for years, killing all in their path. And, her prince is willing to sacrifice the outer farmlands where she grew up to these invaders, if he has to.

Ryalgar isn’t about to let that happen.

She’s got the Velka behind her now, as well as a multitude of university intellectuals, a family of tough farmers, and six sisters each with her own unique personality and talents.

Can Ryalgar organize all that into a resistance that will stop the Mongols? She thinks she can.

Main Image Courtesy: Amazon.
Images And Data Courtesy Of: Cinnabar Press.
This content (including text, images, videos and other media) is published and used in accordance with Fair Use.