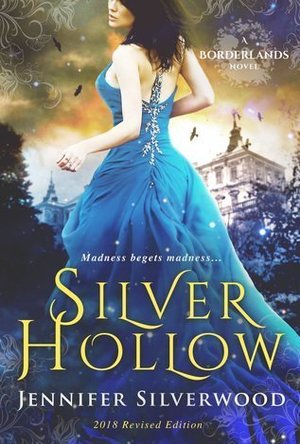 "I shouldn't have to tell you this isn't a fairy story..."

After her parents' car crash ten years before, Amie Wentworth trusts books more than people. She may be a writer, but she believes in reality over fiction. She ignores the unexplained mysteries surrounding her, never mind the dreams of a past life, or the fact she can fry technology with a touch. Not even a timely invitation from her long-lost uncle in England gives Amie incentive for anything other than ire.

Until she is stabbed in an alley and brought back to life by a handsome stranger. Soon Amie is dragged into the very sort of tale she is used to selling. To make matters worse, the man who saved her life keeps turning up and her would-be-murderer is still at large.

After crossing the Atlantic to her father’s homeland, she discovers a world beyond imagining. Silver Hollow is a place of ancient traditions and supernatural dangers, where everything is the opposite of what it seems and few escape sane. Faced with an impossible choice, Amie is forced to confront a deadly family legacy while remembering a life she soon wishes to forget.

**Previously published in 2012. This NEW EDITION has been FULLY REVISED AND EXPANDED. The original novel is now no longer available.**

Images And Data Courtesy Of: SilverWoodSketches.
This content (including text, images, videos and other media) is published and used in accordance with Fair Use.