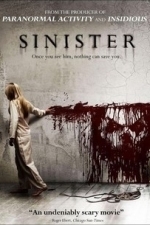 A true-crime author named Ellison Oswalt moves with his family to a house where another family was once murdered. In the attic, he discovers a box of old 8mm home movies that suggest the murder is the work of a mysterious serial killer, whose crimes date back for years.

Background Image Courtesy: Lionsgate.
Images And Data Courtesy Of: Lionsgate Films.
This content (including text, images, videos and other media) is published and used in accordance with Fair Use.