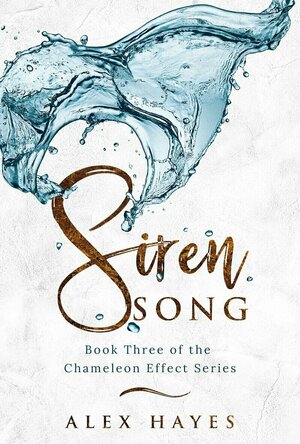 He’s a member of the most scorned profession in Hollywood, but he’s good at it, and a hard-ass to boot.

He might also be called an ambulance chaser, though not for the disreputable reason he chases celebrities. Connell has the ability to heal, and at the sound of a siren, he is drawn to those in need.

Life is just fine until his pushy paparazzi nature almost gets someone killed.

Rowan Bren suffers post-traumatic stress and a permanent headache following a near-death experience at the hands of her mortal enemy. After months, she still isn’t right, but she won’t be held back from seeking her bond mate, Con, any longer.

She travels to Los Angeles motivated to help her friend, Idris, with his brilliant plan to locate their missing people. But Rowan’s top priority in the City of Angels is to find Con. She doesn’t know where he lives, but she’s not worried, because her crystal will lead her straight to him.

When she trips into his world, she finds a man so different from the person she expects, she fears he might not be Con at all. That he might be possessed by an evil force like the one that almost killed her.

Siren Song is the third novel of the Chameleon Effect series.

Main Image Courtesy: Amazon.
Images And Data Courtesy Of: Shaking the Tree Press.
This content (including text, images, videos and other media) is published and used in accordance with Fair Use.