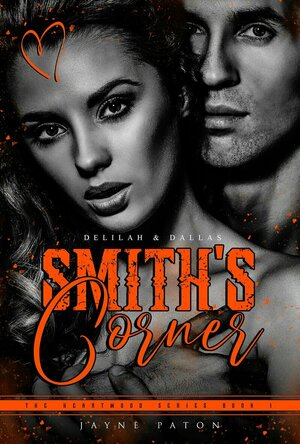 With a past more complicated than ten balls of yarn after it’s been attacked by a house full of kittens, I wasn’t looking to tangle myself in a relationship. The only thing is that Dallas, one of the Smith brothers who own the bar right next door to my bakery, has other ideas.

In the last year, I’ve learned to dodge and weave him better than a wide receiver at the Superbowl. At six-foot-five, with eyes of chocolate a girl could drown in, this was no mean feat. Then an assumption lands me in hot water and I end up asking him on a date.

What was I thinking?

One kiss and I know he’s trouble with a capital T, the kind that sensible girls run from. Thing is, he’s stolen my common sense with his wicked mouth and soft heart. It doesn’t matter to him that I’ve more curves than a Kardashian and a mouth that has no filter.

Life has taught me I can achieve anything with hard work and determination. Does this include love?

I’m about to find out.

Smith’s Corner (book one) Dallas & Delilah, is a standalone, opposites-attract romantic comedy-drama. It comes with a hot as fuck barman who’s about to learn exactly what he’s capable of when it comes to love.