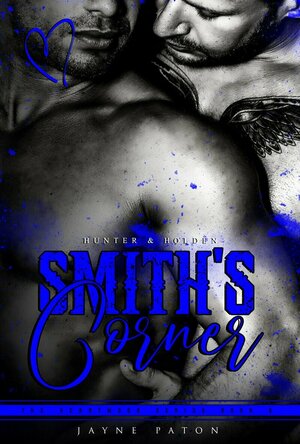 Love comes with no guarantees, but that doesn’t stop Hunter from loving the straight guy. Are the obstacles he faces, too big to climb over to win their forever?

After being disowned by his family as a teenager, Hunter Taylor values his friends. Even though he’s from a town where everyone knows everybody’s business, he’s managed to keep one secret for years—his attraction to the straight bartender, Holden Adams.

A heated exchange leaves Hunter questioning whether Holden is as straight as he proclaims. The angry encounters that follow leave Hunter confused until he seeks advice from his friends. With his heart on the line, Hunter isn’t ready to give up the battle to win his forever family.

Holden is left to care for his daughter when his childhood sweetheart skips town. His focus is making sure she has everything she needs, and he doesn’t have time for anything else. Especially Hunter, who for some unknown reason makes it his mission to get into Holden’s face. When anger turns to attraction, Holden is left examining what he believes about himself. The stunning man has the power to touch his heart, but his aren’t the only feelings to consider. Now he must decide if taking the risk of his life will gain what his heart desires—Hunter.

Can they overcome the barriers together to find their path to happily ever after?

Hunter & Holden: Smith’s Corner is the captivating sixth book in The Heartwood romance series. If you like strong-minded men and steamy passion, then you’ll adore Jayne Paton’s pulse-pounding tale.