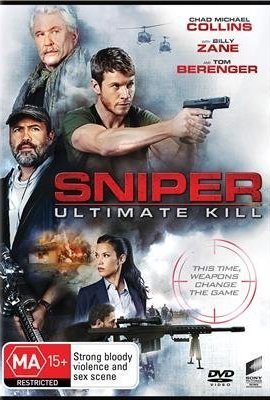 When a US sniper is assigned the task of bringing down a colombian drug cartel leader he finds that the man in question has also hired a sniper with far more advanced weaponry at his disposal. As he becomes a target for the other sniper he must use all the resources at his disposal to come out on top. His sidekick is a Colombian DEA agent who has her own Agenda and reasons to eliminate the Drug lord.

Main Image Courtesy: David Zelon.
Images And Data Courtesy Of: Destination Films, Mandalay Pictures.
This content (including text, images, videos and other media) is published and used in accordance with Fair Use.