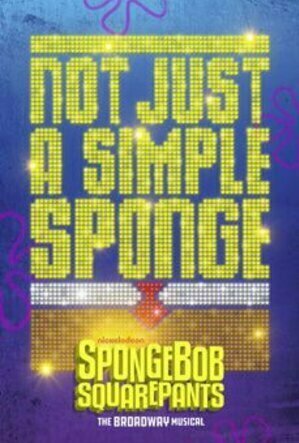 SpongeBob SquarePants: The Broadway Musical is a stage musical, co-conceived and directed by Tina Landau with songs by various artists and a book by Kyle Jarrow. It is based on the Nickelodeon animated television series SpongeBob SquarePants and made its world premiere in June 2016 at the Oriental Theatre in Chicago.