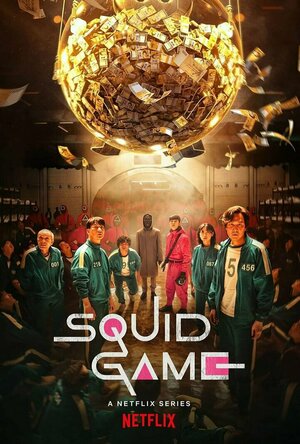 Squid Game (Korean: 오징어게임; RR: Ojing-eo Geim) is a South Korean survival drama streaming television series written and directed by Hwang Dong-hyuk. The nine-episode series, starring Lee Jung-jae, Park Hae-soo and Wi Ha-joon, tells the story of a group of people who risk their lives in a mysterious survival game with a ₩45.6 billion (US$38.7 million) prize. It was released worldwide on September 17, 2021 by Netflix.

Main Image Courtesy: Siren Pictures Inc..
This content (including text, images, videos and other media) is published and used in accordance with Fair Use.