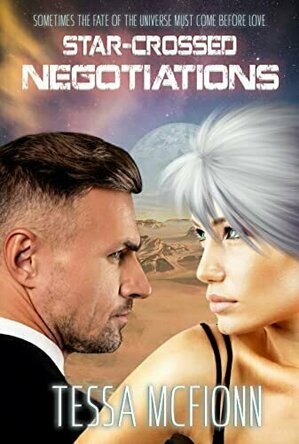 In the Nexxus system, water is a scarce commodity. Vice Ambassador Kieran Phaetal has been given the monumental task to broker peace and heal the century's old wound between the water planet of Westran Alpha and the savage denizens of Hexaka. As he boards the first available transport vessel, his thoughts focused on the future only to have his past rise up and kick him right in the gut.

It had been six years since Vanysha Kureen had seen the man who abandoned their love and destroyed her life. Six long years of climbing up from slavery as one of the Unsought, disowned and discarded, to become navigator and owner of The Royal Janstar. When an impromptu flight through the bloodiest quadrant of the Nexxus system drops into her lap, she finds her luck turning for the worst as she discovers Kieran is their passenger moments before her ship is shot down, crashing onto Hexaka in flames. With the rest of her crew injured or dead, it’s up to Vanysha and Kieran to search for help on the hostile desert planet.

Forced together by enemy fire, they must move beyond the anger and passion swirling between them to bring an end to the hostilities. With the fate of the Nexxus system at stake as well as her own happiness, can Vanysha dare to trust Kieran with her scarred and shattered heart or will his mission destroy their chance at forever?