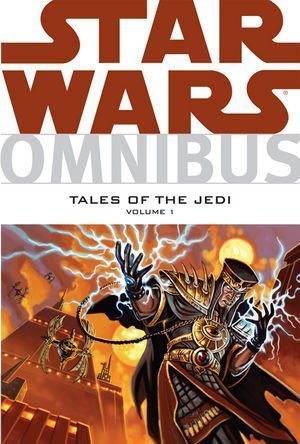 Uncover the ancient history of the Jedi, the Sith, and even hyperspace, in these earliest known stories of the Star Wars galaxy, taking place five thousand years before Luke Skywalker's successful assault on the Death Star.

In a galaxy linked together by a newly formed Republic and protected by the Jedi Knights, two fortune-seeking hyperspace explorers unwittingly ignite a war between the preciously uncharted Sith Empire and the Republic, the repercussions of which will echo for a thousand years afterward, and change the lives of young Jedi Ulic Qel-Droma and Nomi Sunrider forever!

Main Image Courtesy: starwars.com.
Images And Data Courtesy Of: Dark Horse.
This content (including text, images, videos and other media) is published and used in accordance with Fair Use.