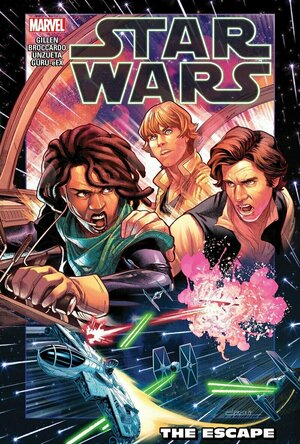 The rebels are reeling and on the run. Scattered. Scared. Hope is dead. Darth Vader tightens his grip, mercilessly hunting the scattered band down with his most dangerous servants. They will not escape him this time. But for Luke, Leia, Han and the rest of the Alliance, the fight against the evil Galactic Empire continues. The heroes will need to turn to allies both old and new if they hope to ever turn the tide and save the Rebellion in its darkest hour. COLLECTING: STAR WARS 56-61

Main Image Courtesy: Marvel.
This content (including text, images, videos and other media) is published and used in accordance with Fair Use.