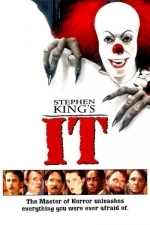 In Derry, Maine, a group of outcast kids known as the Losers Club encounter a shapeshifter named Pennywise which has the ability to transform itself into the childrens' worst fears, allowing it to exploit the phobias of its victims. Mostly taking the form of a wisecracking clown, Pennywise is discovered by the children in 1960, and they return to Derry in 1990 as adults in order to destroy Pennywise once and for all.