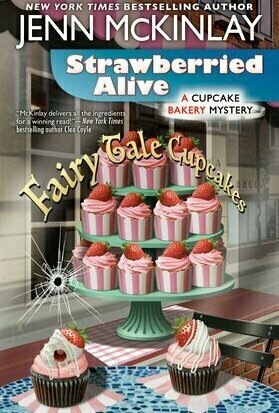 Life is smooth as buttercream at the Fairy Tale Cupcakes bakery, and newlyweds Mel and Joe are stopping to smell the flours. But things start to crumble one night when an unknown gunman takes a shot at Mel. Though the bullets miss their mark, the cupcake crew goes on high alert to figure out who would want to kill a small-town baker, and why.

When more business owners are attacked, things turn fatal, and locals begin to wonder if the killer could be one of their own. Every shop owner in town starts to fear it’s only a matter of time before they too become victims of the mystery murderer. Despite the cupcake crew's superb baking skills, it will be anything but a piece of cake to catch the killer, as they try to prevent anyone else from being berried.

Main Image Courtesy: Cover.
Images And Data Courtesy Of: Berkley.
This content (including text, images, videos and other media) is published and used in accordance with Fair Use.